Vivian Jung, born in Merritt, BC in 1924, became the first Chinese-Canadian teacher hired by the Vancouver School Board. As part of her teacher training, Vivian was required to obtain a lifesaving certificate. At that time, City policy at the Crystal Pool at Sunset Beach prohibited Vivian from entering and swimming with her fellow students and teachers. In response, the group refused to enter without Vivian and, with that action, the long-standing colour bar at Vancouver’s only public swimming pool ended. Upon receiving her teaching certificate Vivian was hired at Tecumseh Elementary School, where she taught for 35 years.

During her years at Tecumseh Elementary, Vivian proved to be a successful coach as well as a dedicated teacher, as the following photos show: 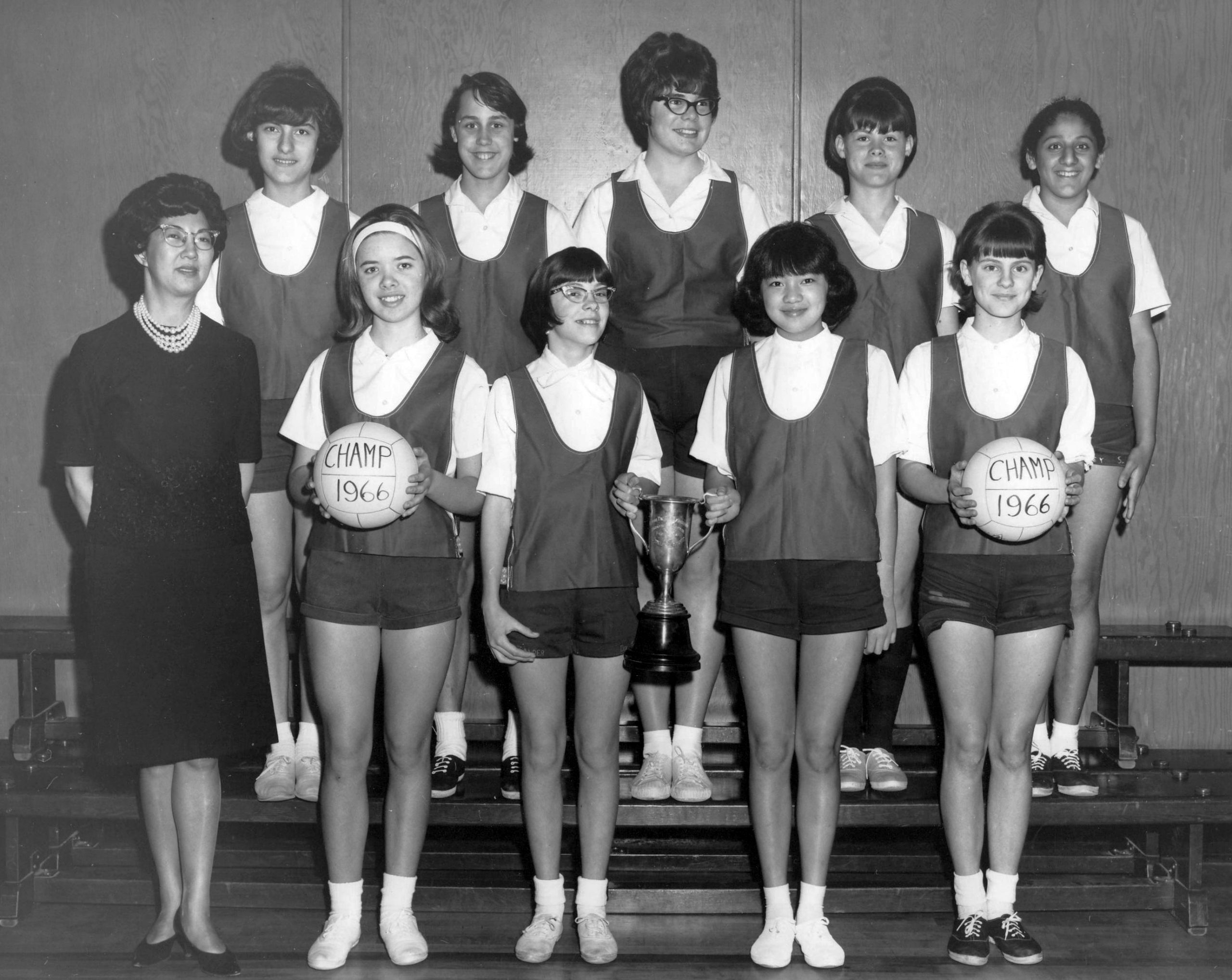 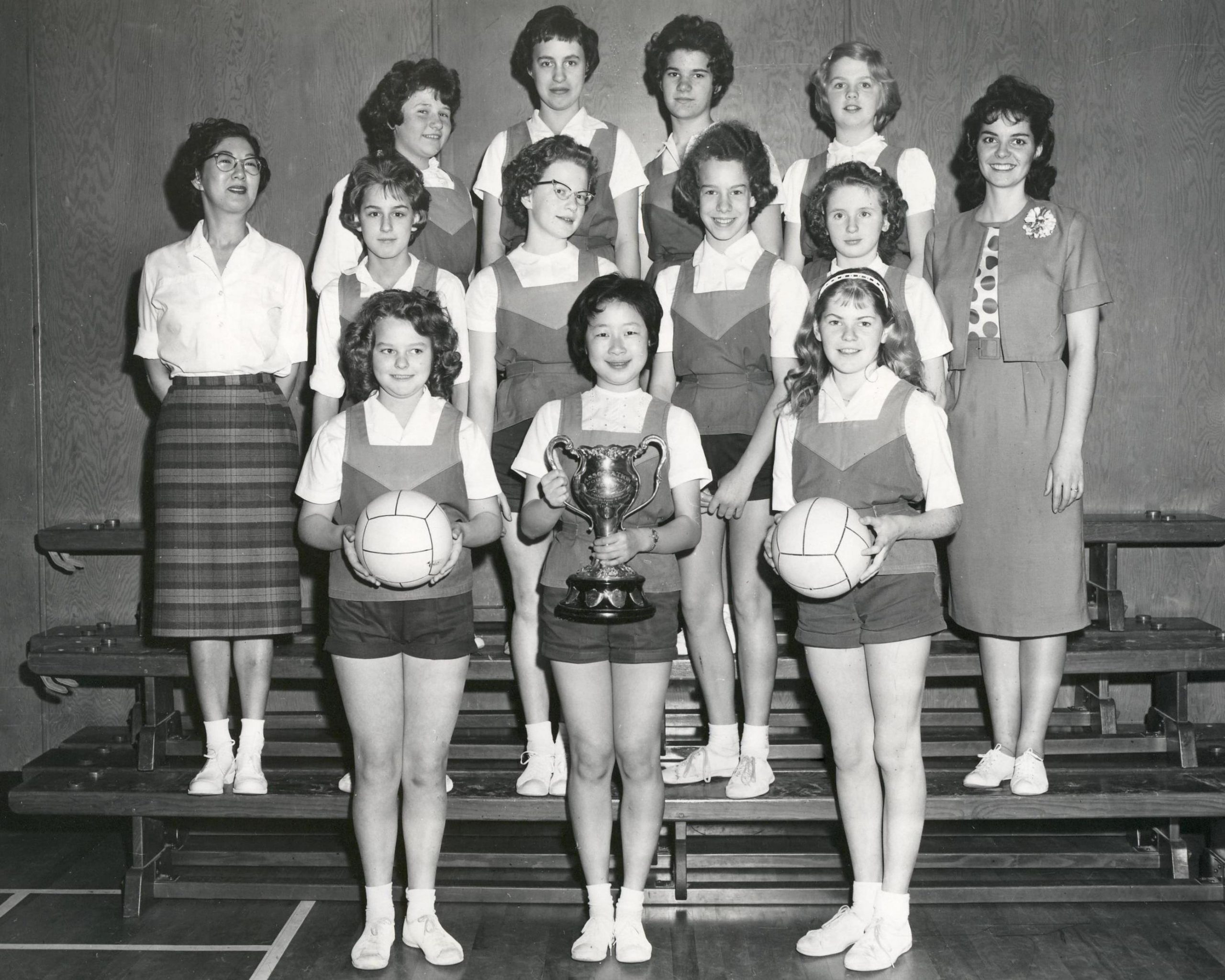 In 2012, the City of Vancouver began an initiative to increase the diversity of its street names. As part of this effort, lane ways in the City’s West End were given names, one being Jung Lane. This honour was in recognition of Vivian Jung’s many achievements as a teacher at Tecumseh Elementary School and her contributions as volunteer for many local commnuity groups, and a teacher of Tai Chi.

It is revealing to consider Vivian Jung’s achievements in the context of past discrimination experienced by her and other people of Chinese ancestry in Vancouver.

In October 2017, the General Manager of Community Services for the City of Vancouver issued a report to the Vancouver City Council entitled Historical Discrimination Against Chinese People. This report revealed the extent and depth of that discrimination in four areas:

Follow this link to see the full report of the General Manager:

On April 22, 2018, Vancouver City Council convened a special meeting in Chinatown where Mayor Gregor Robertson delivered a formal apology on behalf of the City of Vancouver for past discrimination against residents of Chinese descent.

Follow this link to see the City of Vancouver’s official apology: