1928 Olympics: 100 metre final. Percy Williams is the runner 3rd from the right.

Percy Williams, one of Canada’s most celebrated athletes, was a student at King Edward High School.  After being stricken with rheumatic fever when he was 15, he was advised to avoid demanding physical activity. However, not wanting to avoid a school PE requirement, he began participating in track events, where he excelled in sprints. He graduated from King Ed in 1927.

In 1928, Williams made the Canadian Olympic team. Later that year, he won gold medals in the 100 metre and 200 metre sprints at the Summer Olympic Games in Amsterdam. This was an extraordinary achievement, especially for someone who had suffered a serious illness and stood just 1.7 metres (5 ft 6 inches) tall and weighed 56 kilograms (123 lb.) In 1930, Williams set a world record in the 100 metres sprint at a track meet in Toronto, and won the 100 yard dash at the British Empire Games in Hamilton, Ontario.

Despite suffering a pulled thigh muscle at the British Empire Games, Williams went on to compete in the 1932 Summer Olympics in Los Angles. He failed to make the finals in the 100 metre sprint but helped the Canadian 4 x 100 relay team to a 4th place finish. This race proved to be his last.

Back in Vancouver, Williams became an insurance agent. He died in 1982 after enduring years of pain from osteoarthritis. 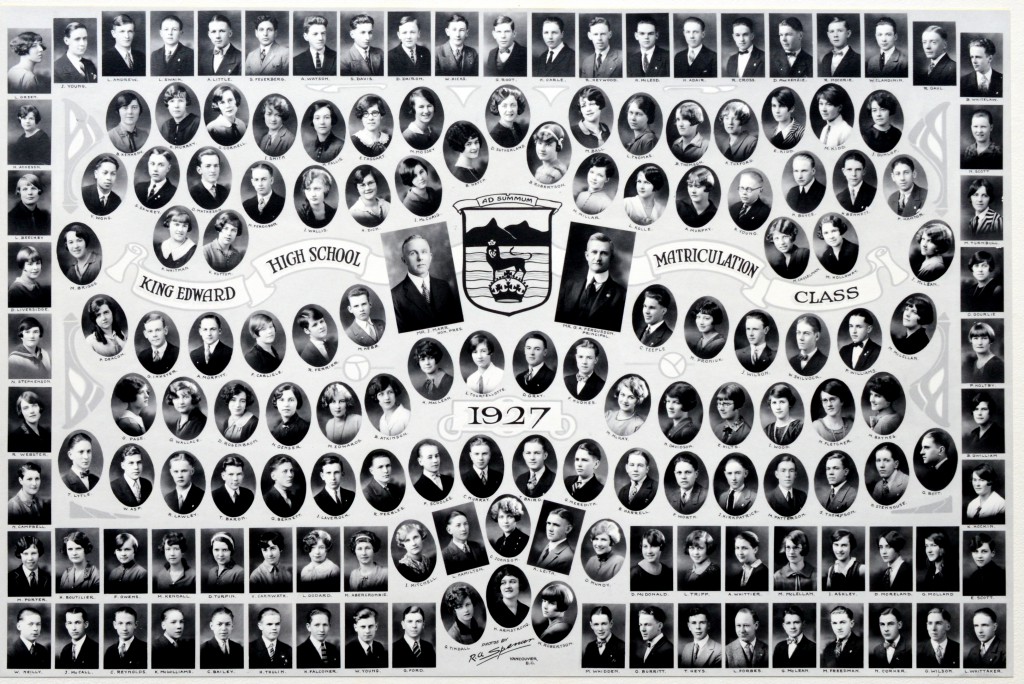 King Edward High School Graduating Class of 1927. Percy William’s photo is below & to the right of the word ‘CLASS’.