The 2018 Winter Olympics is set to kickoff in in early February in PyeongChang, South Korea, and we’ll soon be marveling at the physical skill and incredible drive of the speed skaters, alpine skiers and hockey players. They’ve got to be among the fittest, healthiest and most active people on the planet!

Winter sports in general burn a lot of calories. On average, figure skaters burn 500 calories an hour, downhill skiers burn up to 600 an hour, and speed skating 600 an hour. Hockey players burn serious calories at 450 to 750 and biathlon competitors come in at 700 per hour, according to the American Council on Exercise. An hour of curling comes in at 272, according to myfitnesspal.

Seeing these super humans in action may just move you – literally. Olympic winter sports are easily accessible for the weekend warrior, and so too is what they eat. As the saying goes: “good nutrition will never make an average athlete great, but it can make a great athlete average.” Except maybe Olympic swimmer Michael Phelps – who used to pound back up to 10,000 calories a day made up of whole pizzas, fried-egg sandwiches topped with fried onions and mayo, ham and cheese sandwiches on white bread with more mayo, and lots more.

“Put unleaded gas into a sports car – it still runs but it runs more efficiently and effectively on premium, high-octane fuel,”

Springle helps elite competitors turn food into fuel, including some of the figure skaters competing in the Winter Games.”Whether an elite or weekend athlete, there’s no magic formula or superfoods that will provide perfect nutrition – it’s a focus on balanced eating, with a variety of whole foods, at frequent intervals that best fuels performance,” says Springle, of csiontario.ca.

No fads or trends. To eat like an athlete, make sure your diet is a combination of whole grains, vegetables, fruits, dairy, meat, fish, beans, nuts and seeds – a mix of foods that contain carbohydrates, protein, fats and a variety of vitamins, minerals and antioxidants.

Timing is everything when it comes to powering a podium performance: “If an athlete doesn’t get enough of the right fuel in, at the right time, they miss a valuable window for optimizing recovery. They can still perform, but there is the chance that they could have recovered better, been able to push harder, gone long, and that’s something no high performance athlete wants to leave to chance,” says Springle,

No foods are off limits: Food is part of our social, mental, emotional and spiritual health, so it’s okay to indulge occasionally. “Depriving yourself of the things you love can be more damaging than allowing yourself to enjoy the ‘not so perfect’ foods in moderation.”

The elite compete with cravings too. Like us mere mortals, they’re tempted to eat when they’re bored or stressed, join in with friends and families and eat the same thing everyone else is, have cravings for sugar or salt – “these athletes may be able to do superhuman feats, but in the end their kryptonite is the same as the rest of us,” says Springer. “That’s why it’s important to have a team of people supporting them and helping them navigate these challenges and stay on track – no easy task!”

Eat like an athlete with these recipes from the Canadian Sport Institute Ontario:

Use a hotel clothing iron to make a crispy quesadilla. It’s an athlete favourite – perfect when on the road without access to a kitchen.

Heat iron turned up to high. For each wrap, put 1/4 cup (60mL) of chicken, 1/4 cup (60mL) of cheese and 1 Tbsp. (15mL) of corn on one side of a wrap.  Fold wrap. Wrap in wax paper or foil. Press iron into your quesadilla for a minute. Flip and do again until cheese seems melted. Let cool for 1 minute. Can be served with bean salad and dipped into salsa.

You can also microwave, but it will not be as crispy. Be sure to turn off and unplug the iron when done cooking the quesadilla!

Food for thought: Talk to yourself to fuel your workout!

Trained athletes who practiced motivational self-talk worked out 25% longer than the athletes who received no self talk training, according to a study published in Medicine & Science in Sports & Exercise.

Exercisers were trained to eliminate negative thinking like “I can’t keep going” during intense exercise and instead think thoughts such as. “I’m driving hard,” and “I’m feeling well.”

Tapping into the power of positive mantras can help us power through a tough workout, reports Stephen Cheung, professor and Canada research chair at Brock University.

Come cheer them on one final time and help celebrate their time competing for the Red and Blue! 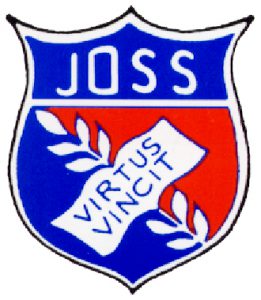