Division 19F went our into the garden to search for two dimensional shapes. They found all sorts of shapes in objects that we see everyday. What a great way to get some fresh air and explore our world with different eyes. 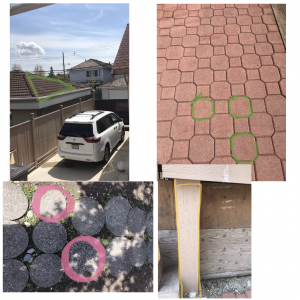 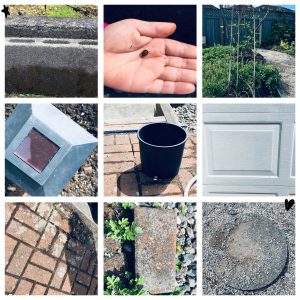 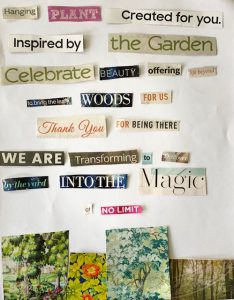 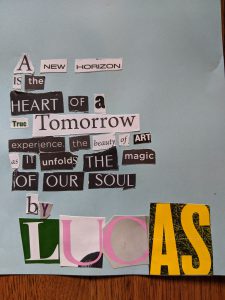 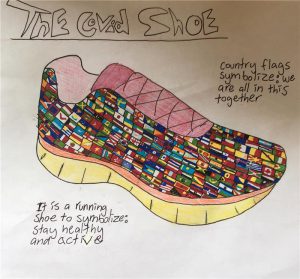 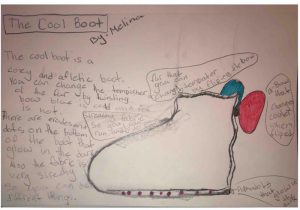 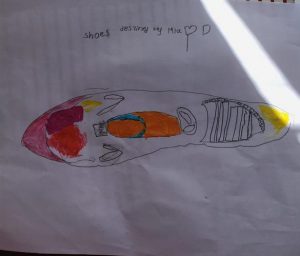 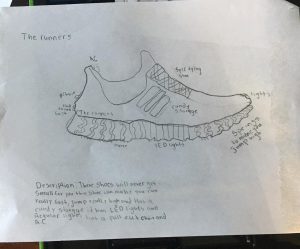 The book, And Then There Were None, by Agatha Christi is a murder mystery about ten people who are sent to a place called Soldier Island. None of the guests know each other, or why they were summoned there. On this island there is only one huge eerie mansion in which the guests are supposed to stay in. Inside, there are two things that catch everyone’s eye. The first object is a framed poem titled, Ten Little Soldier Boys. The piece explains how at the beginning of a mission there were ten soldiers. While on their journey, one after the other dies from a specific cause until there were eventually none left. The second things the guests quickly notice are ten clay soldier figures on a table.

Coincidentally, every night a person in the house is murdered. One by one, the people in the mansion die of the same causes as the soldiers in the poem, and every time someone perishes, one of the clay soldiers mysteriously disappears. The survivors constantly search for an escape, but somehow all sources of communication have been cut off. One by one, the people go mad, and one after the other gets killed until everyone is dead.

The ten main characters in this story are Vera, Justice, Armstrong, Philip, Blore, Emily, Anthony, MacArthur, and the two servants, Thomas and Ethel. At the beginning of the book all of the characters are excited to be on a supposed “vacation.” As people start to mysteriously die day by day, the guests become terrified, paranoid, and suspicious of each other. Some even go mad, and give up on trying to protect themselves. Overall, the feelings of the characters towards the end of the book are chaotic and maddening.

And Then There Were None is written in first person, and also has many unexpected twists and turns. This makes the tone of the book dark, mysterious, and horrific.

I love reading And Then There Were None by Agatha Christi because it is full of cliffhangers and clever plots, which never fail to entice me to read even more. It’s always the little things that make a book great.

Alice is in grade 7 and has volunteered her time as a library monitor.

Welcome to May! I hope this month brings you soft breezes, delicious drinks with ice cubes in them, and some great stories.

This month’s Challenge title is: Adventures you can have at home

In case you missed it, we have an exclusive (modest) discount at Book Warehouse right now. It is particularly for the reading challenge, but you can buy other things with it too. It is applicable at the West Broadway and Main St locations and all you have to do is tell the cashier that you are part of the Quilchena Reading Challenge and they will apply your discount.

Book 2 in the Series 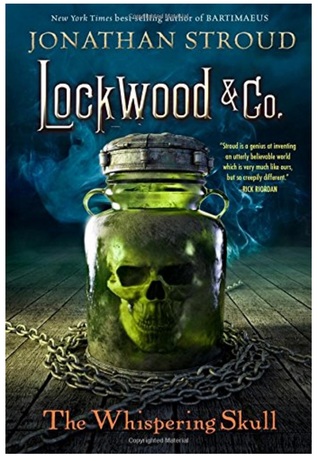 Lockwood & Co, The Whispering Skull is a fictional story by Jonathan Stroud about a ghost hunting agency in an alternate Victorian London. Lockwood and Co get hired to exterminate the ghost of Edmond Bickerstaff, a Victorian doctor who was obsessed with communicating with the dead. Everything goes smoothly until the Bone Glass inside the coffin of Edmond Bickerstaff goes missing. Made by Bickerstaff from bones of the dead with ghosts trapped inside them, the Bone Glass allowed you to see the world of the dead. Now Lockwood and Co must risk their lives to get back the Bone Glass. with the help of a whispering skull in a jar, they eventually destroy the Bone Glass and set everything back to normal… for now.

Antony Lockwood, Lucy Carlyle and George Cubbins are the main characters in Lockwood and Co, The Whispering Skull. Antony Lockwood is the head of the agency and has a talent to see apparitions of ghosts. The other members of the team are Lucy Carlyle, who has the psychic power of listening to the memories of ghosts and George Cubbins who has both talents but is not very good at them.

The story is told by Lucy Carlyle in a first-person narrative. The tone of this novel is generally scary like in a ghost story, some mystery and a few bits of humor here and there. This is the kind of book where things happen fairly quickly, so you have to keep track of everything.

I enjoyed this novel for three reasons. The characters where expressive, funny and realistic, the plot was very thick with suspense which made me want to keep reading until the end and I enjoyed the whole ghost story feel to it.

Emma is in grade 7 and works as a library monitor.

Well! We made it to the end of Poetry Month! We have only scratched the surface of neat poems to share, and ideas for writing our own. There is SO MUCH MORE out there… and in you!

I hope that you take some time to explore and read some poetry every once in a while. You may find that it fills you up in a way you hadn’t thought you needed.

When we’re back in school, come have a browse in our poetry sections! The 811s and 819s are FULL of all sorts of poems. There’s something for everyone, really.

I think it’s time to laugh a little. The first poem below is a limerick. Limericks are always five lines long and have the same rhyme scheme and pattern of syllables. They are often funny. 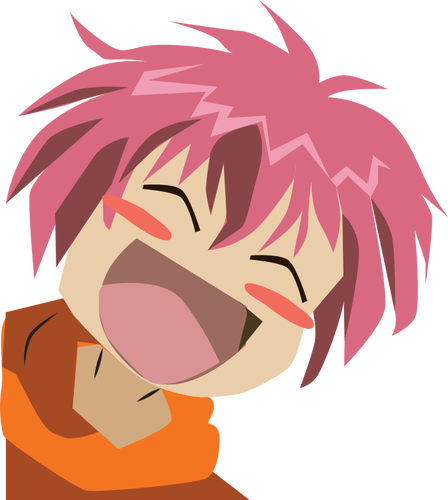 A Young Farmer of Leeds

There was a young farmer of Leeds
Who swallowed six packets of seeds.
It soon came to pass
He was covered with grass,
And he couldn’t sit down for the weeds. 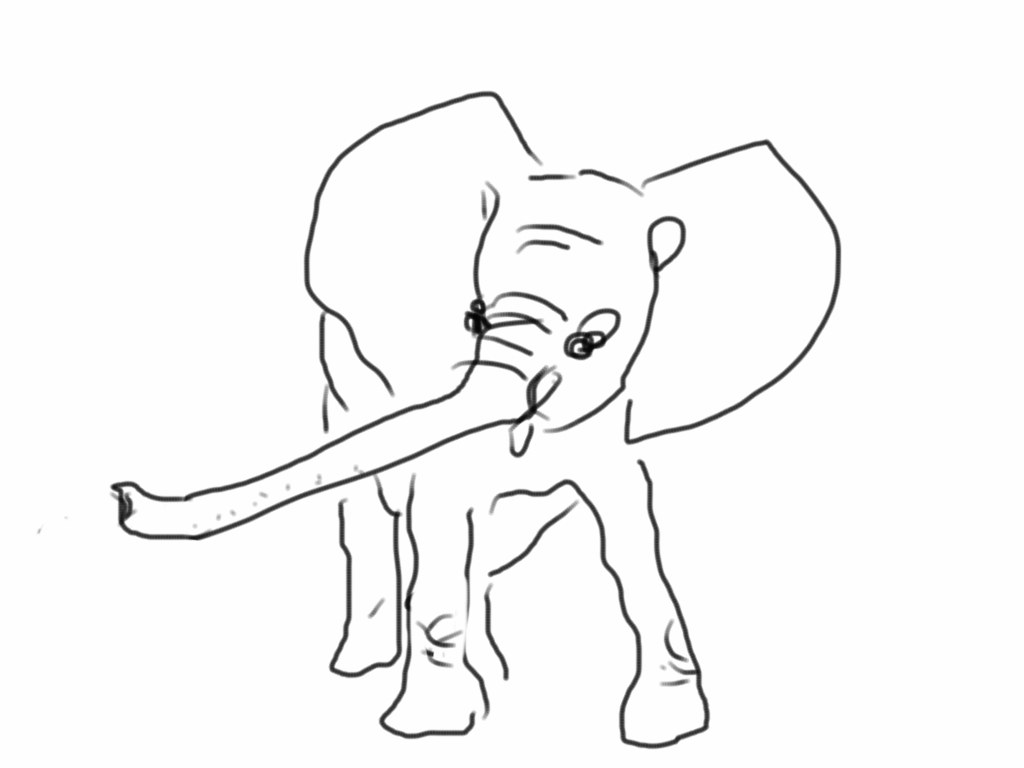 Howe’er it was, he got his trunk
Entangled in the telephunk;
The more he tried to get it free,
The louder buzzed the telephee–
(I fear I’d better drop the song
Of elephop and telephong!)

Today feels like a day to share some calm and lighthearted poems that let you feel the fresh wind on your skin.

Have you been to the sea shore lately? Have you climbed to the top of a hill? If you have been staying close to home, don’t worry: the ocean and the hills will wait for you.

Until I Saw the Sea

Until I saw the sea
I did not know
that wind
could wrinkle water so.

I never knew
that sun
could splinter a whole sea of blue.

Nor
did I know before,
a sea breathes in and out
upon a shore. 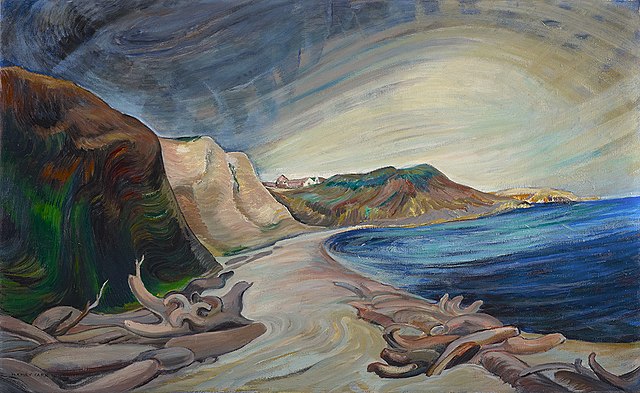 How To Tell the Top

The top of a hill
Is not until
The bottom is below.
And you have to stop
When you reach the top
For there’s no more UP to go.

To make it plain
Let me explain:
The one most reason why
You have to stop
When you reach the top–is:
The next step up is sky.

Some poetry is serious and solemn, while other poems are silly and playful. Both types of poetry are important.

Ogden Nash is known for a particularly playful style. Here are four of his poems. I chose all poems about animals to share with you today.

Behold the duck.
It does not cluck.
A cluck it lacks.
It quacks.
It is specially fond
Of a puddle or pond.
When it dines or sups,
It bottoms ups.

The firefly’s flame
Is something for which science has no name
I can think of nothing eerier
Than flying around with an unidentified glow on a
person’s posteerier.

The ostrich roams the great Sahara.
Its mouth is wide, its neck is narra.
It has such long and lofty legs,
I’m glad it sits to lay its eggs.

A Flea and a Fly in a Flue

A flea and a fly in a flue
Were imprisoned, so what could they do?
Said the fly, “let us flee!”
“Let us fly!” said the flea.
So they flew through a flaw in the flue.